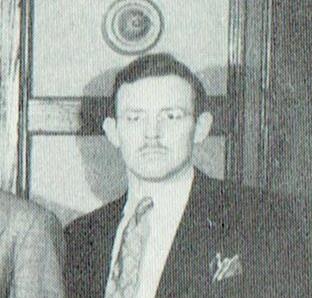 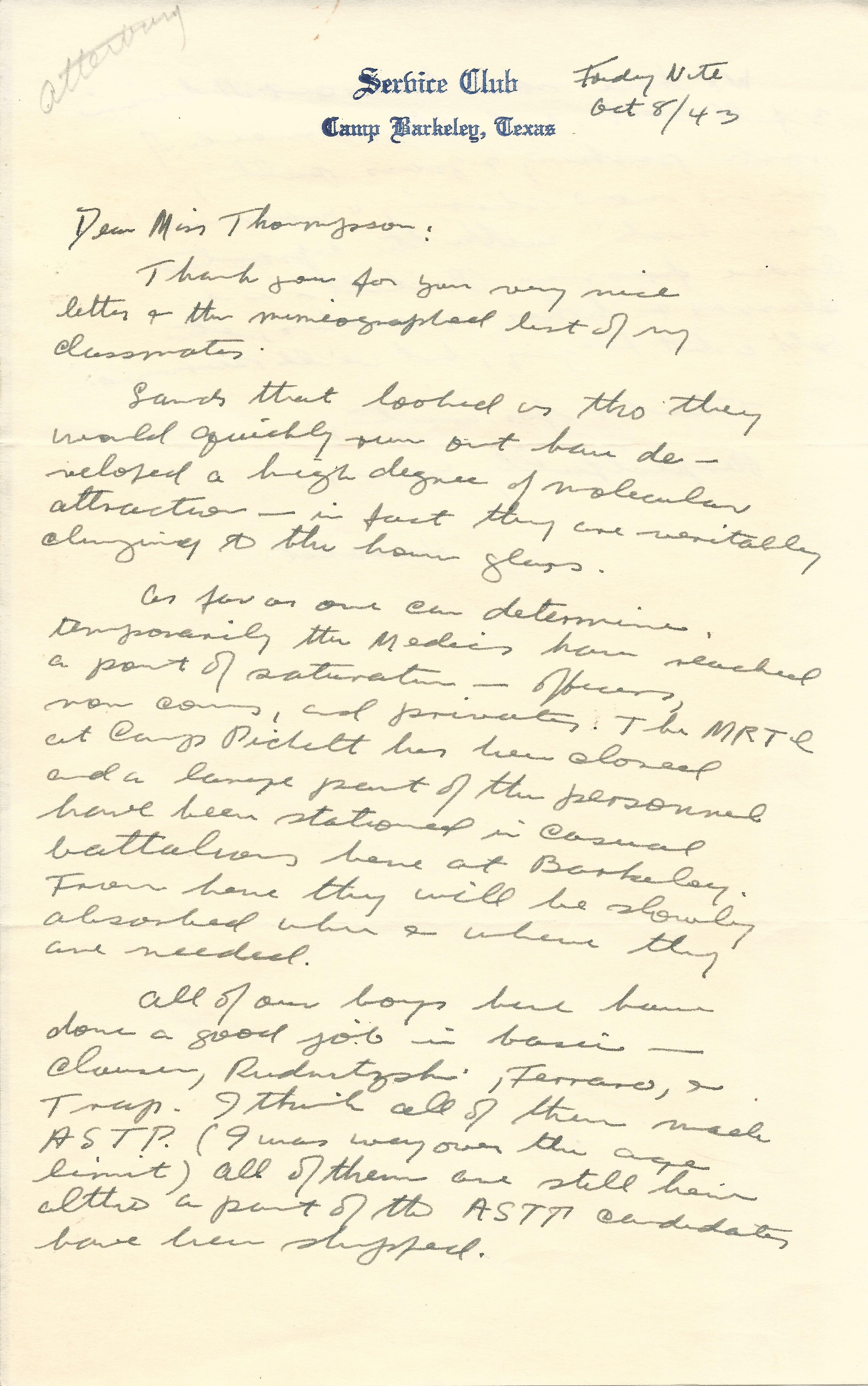 Thank you for your very nice letter & the mimeographed list of my classmates.

Sands that looked as tho they would quickly run out have de-veloped a high degree of molecular attraction  in fact they are veritably clinging to the hour glass.

As far as one can determine, temporarily the Medics have reached a point of saturation  officers, non coms, and privates. The MRTR at Camp Picket has been closed and a large part of the personnel have been stationed in casual battalions here at Berkeley. From here they will be slowly absorbed when & where they are needed.

All of our boys here have done a good job in basic  Clausen, Rudnitsky, Ferraro, & Trap. I think all of them made ASTP (I was way over the age limit) all of them are still here although a part of the ASTP candidates have been shipped.

We have now been out of basic 3 full weeks and after a week of rock picking & grass pulling we are now sharing warmed over hash with the uprooted cadre from Picket  ie. classes & hikes, marches, etc. Its a bit trying, but well survive.