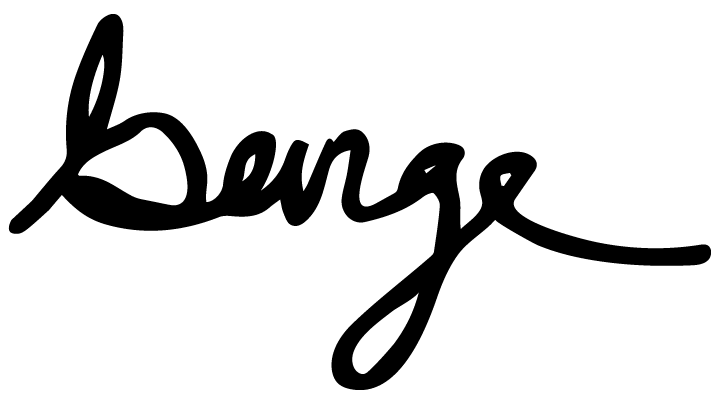 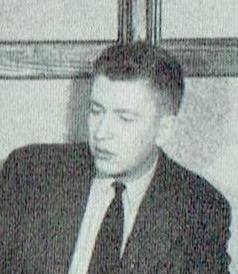 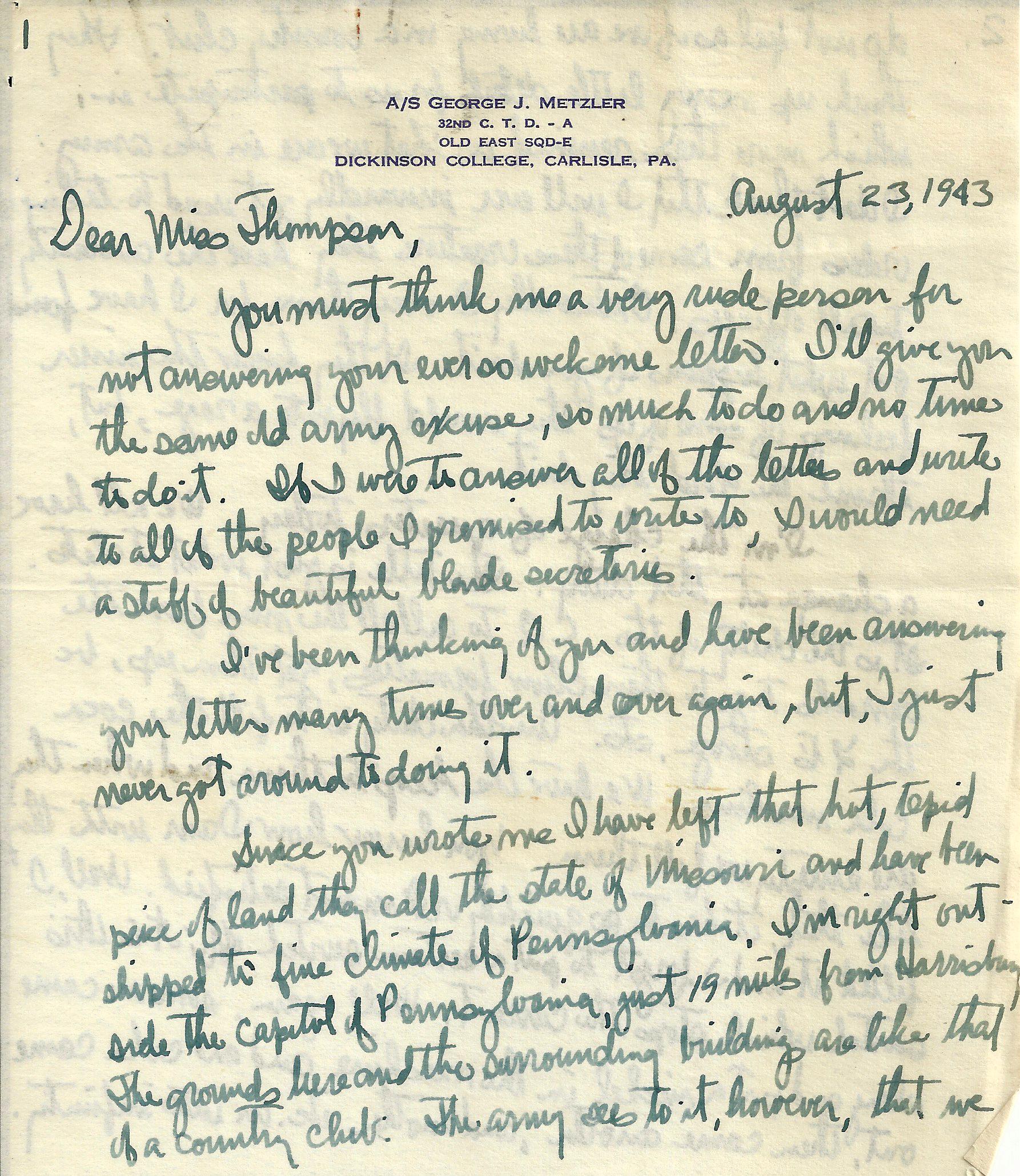 
You must think me a very rude person for not answering your ever so welcome letter. Ill give you the same old army excuse, so much to do and no time to do it. If I were to answer all of the letters and write to all of the people I promised to write to, I would need a staff of beautiful blonde secretaries.
Ive been thinking of you and have been answering your letter many times over and over again, but, I just never got around to doing it.
Since you wrote me I have left that hot, tepid piece of land they call the state of Missouri and have been shipped to fine climate of Pennsylvania. Im right outside the capital of Pennsylvania, just 19 miles from Harrisburg. The grounds here and the surrounding buildings are like that of a country club. The army sees to it, however, that we [end of page] do not feel as if we are living in a country club. They think up many little details for us to participate in, which more than remind us that we are in the army. I dont think that I will ever inwardly get used to taking orders from some of these creatures they have the audacity to call officers. Outwardly I obey them, for I have found out what happens if you dont. If they knew the mixed feelings of some of us they would fly into a rage, but, thank the lord they dont.
Im the charge of quarters today. We all have a chance at that duty. The title is just what it states. It is the duty of the CQ to call all the men from the barracks to go to their chow formations, get them up, be the [Illegible] Stooge, ect. Another duty is to fill the coca cola machines. We have the keys to them and when they are empty we fill them. You know how I am with things like that, it has to go quickly or Im not satisfied. Well, I filled it and I forgot to put a certain switch off; its this switch which stops the currant. Well, again, someone came along and put a nickel in the machine and one coke came out, then came another, and another ect. on into infinity.
[Page Three] The fellow got all excited and shouted for me, so I came a running and there was the machine giving out cokes like a machine gun gives out bullets. I never saw anything so funny in all of my life, that poor guy was loaded with cokes, he didnt know what to do with them. Of course according to the way things are run around here I should have gotten all excited and taken it seriously, but, thats not my nature and the army hasnt changed things that much yet. Im thankful it wasnt the major, that old bird is quite tough and he wouldnt see the humor in it.
Ive felt much better up here than I did down in that rebel state. The past week, though, my health has changed slightly for the worse, due to a bad tooth I had. They have some of the best dentists in the army stationed in Carlisle Barracks not far from here and it is here that I deposited one tooth. The dentist discovered it was all gone and procceeded to pull it and of course, or rather with, as usual the root broke off. It was hooked around the jaw and he had to cut my gums all around the tooth a peice of jaw bone out. I didnt feel any pain as they had me all medicated with nobicane, but, I thought hed knock my head off. My mouth has never been so sore before and Ive had headaches ever since. Ill have to go back and see whats what as the officers dont believe you if you say you dont feel well continuously. Thats my complaint so far, so that is not so bad.
Well, Miss Thompson give every one my regards and tell them Ive not forgotten them even though my writings are (<- slightly illegible) far apart. Tell Mr. Hutchinson I was crazy to ever want to get into the army and give up my freedom. Tell Mrs. Smith that I will write her soon again and that I appreciated her letter very much. I will try to keep you more informed as to where Ill be in the future. I will be here until about the middle of October instead of the middle of December as originally planned.