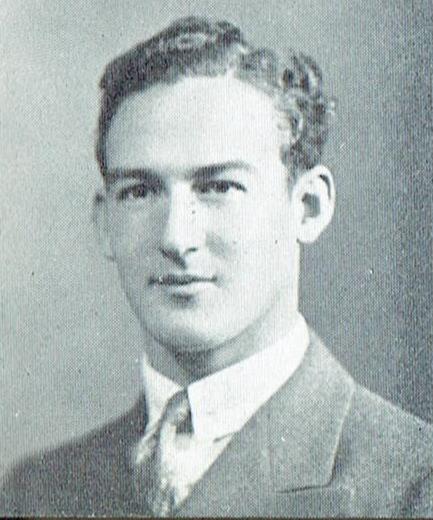 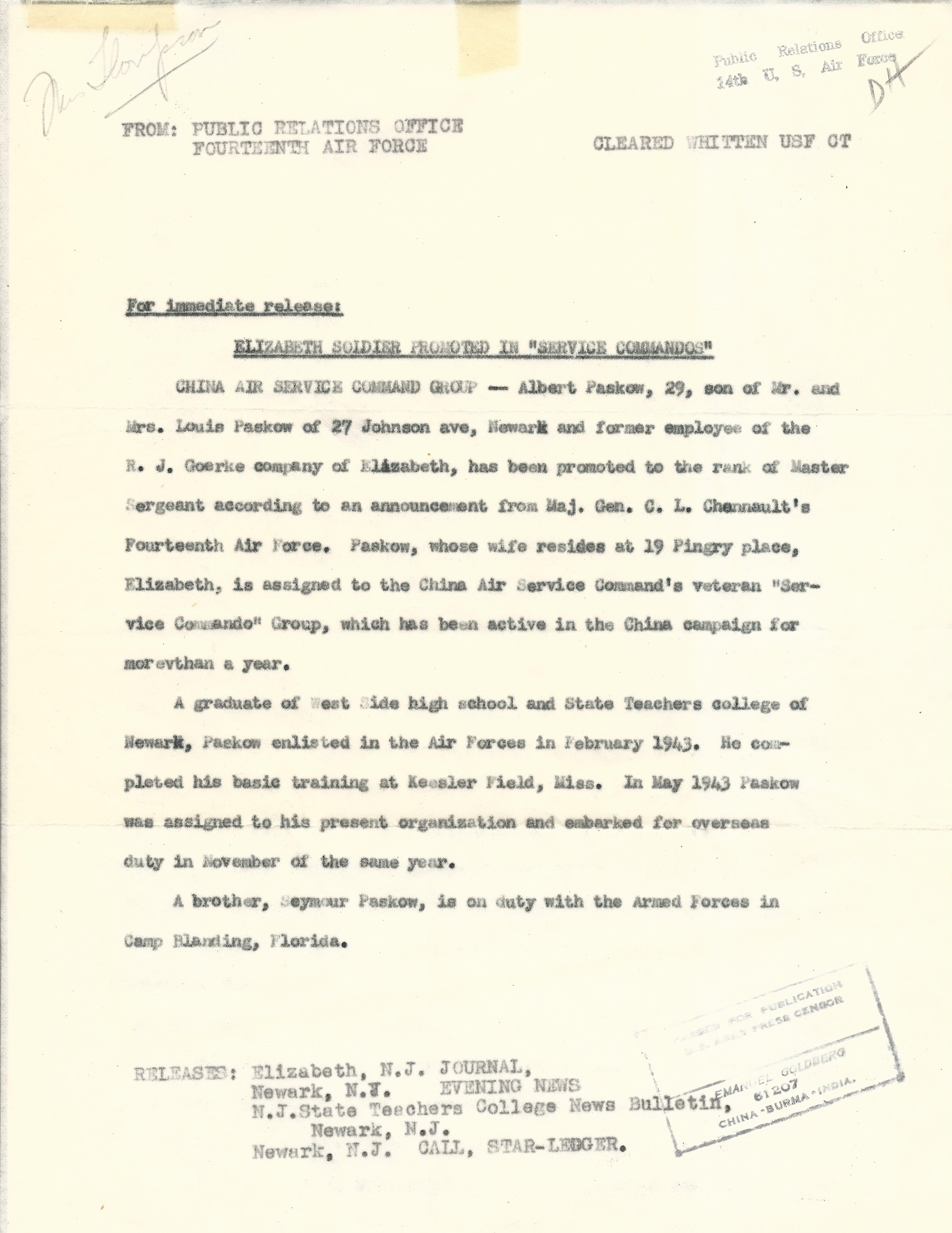 CHINA AIR SERVICE COMMAND GROUP  Albert Paskow, 29, son of Mr. and Mrs. Louis Paskow of 27 Johnson ave, Newark and former employee of the R.J. Goerke company of Elizabeth, has been promoted to the rank of Master Sergeant according to an announcement from Maj. Gen. C.L. Channaults Fourteenth Air Force. Paskow, whose wife resides at 19 Pingry place, Elizabeth, is assigned to the China Air Service Commands veteran Service Commando Group, which has been active in the China Campaign for more than a year.

A graduate of West Side high school and State Teachers college of Newark, Paskow enlisted in the Air Force in February 1943. He completed his basic training at Keesler Field, Miss. In May 1943 Paskow was assigned to his present organization and embarked for overseas duty in November of the same year.

A brother, Seymour Paskow, is on duty with the Armed Forces in Camp Blanding, Florida.