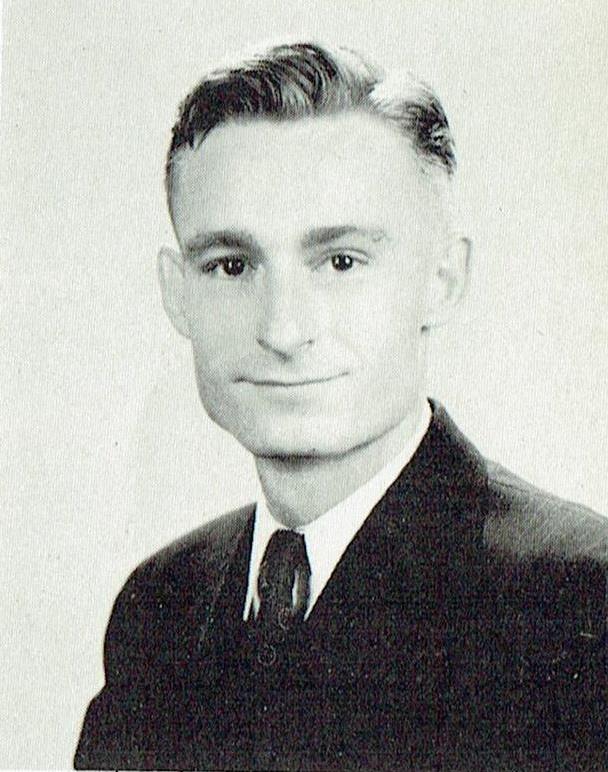 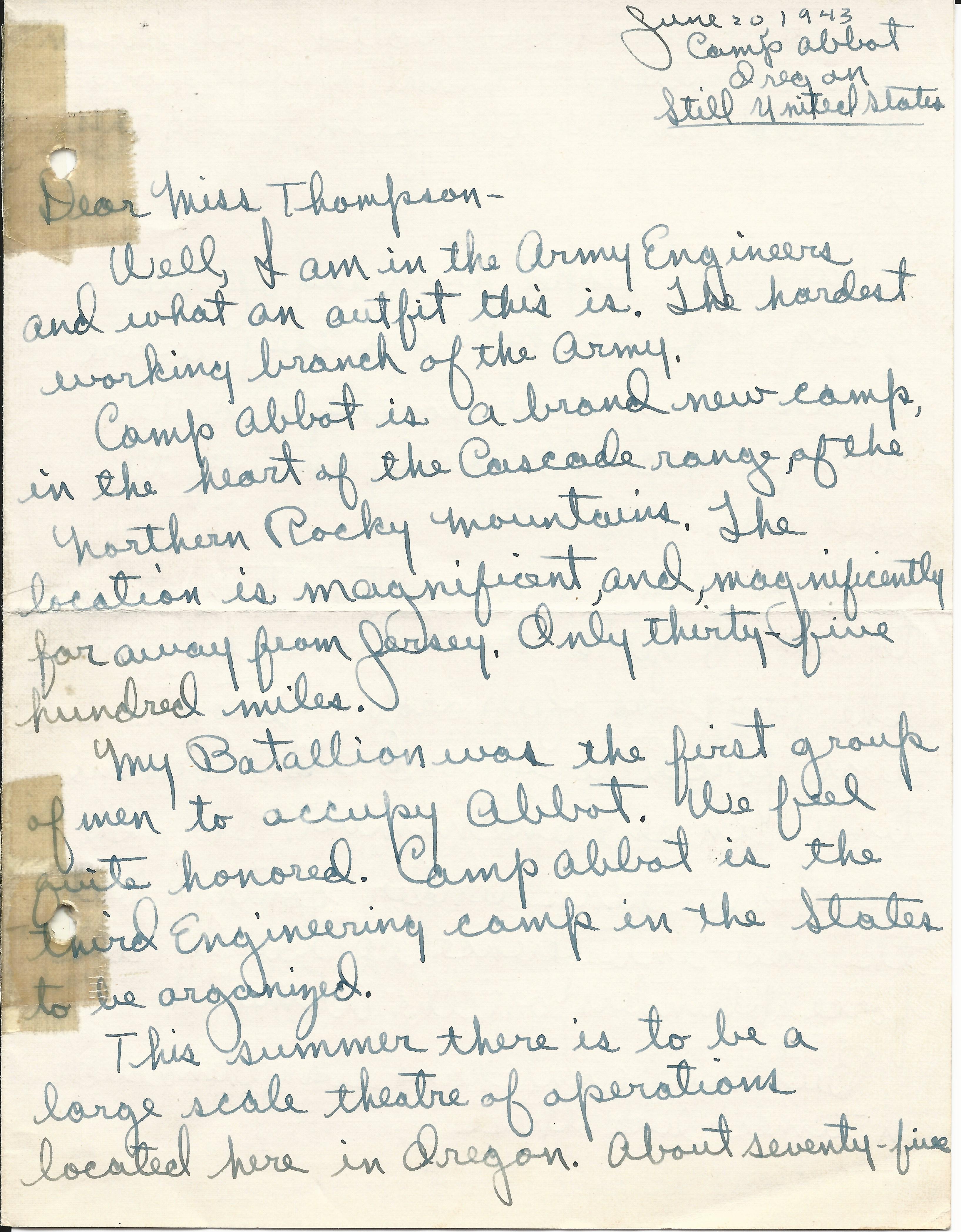 June 20, 1943
Camp Abbot
Oregon
Still United States
Dear Miss Thompson-
Well, I am in the Army Engineers and that an outfit this is. The hardest working branch of the Army.
Camp Abbot is a brand new camp, in the heart of the Cascade range, of the Northern Rocky mountains. The location is magnificent, and, magnificently far away from jersey. Only thirty-five hundred miles.
My Batallion was the first group of men to occupy Abbot. We feel quite honored. Camp Abbot is the third Enginering camp in the states to be organized.
This summer there is to be a large scale theatre of operations located here in Oregon. About seventy-five thousand men will participate in the manuvers.
I suppose we will be right in the thick of it. But, it is all a good time to me. I enjoy that sort of work.
I have heard from numerous sources that you are having a bit of rather warm weather back home. For the life of me I cant believe it. We wear heavy wool overcoats out here. The temperature drops, at night, to a cool 250 out here. Quite a contrast to what I am used to.
If you would inform the administration in college, that I have lost my paper of being recognized as in the Army, I would greatly appreciate it. I suppose you remember those papers we were to have filled in by an army officer, to determine wether or not we are serving our noble nation. Mine was lost in the mad rush from Fort Dix to Camp Abbot. Maybe I wont be credited with three years of college? I dont know how they are running things in Jersey these days.
Have you heard from my gang? If so, how are they, where are they and how do they like the Army? I could easily answer that last one.
The Army is an interesting study to me. I get a kick from observing the progress of an organization which was forced to expand one thousand times in size and number. The old Army has things under control, but the new interface certainly does force blunders on the Army.
But, we cant have everything click in times like these.
My time is limited. I will have to say Au Revoir. If you could write at any time I would greatly appreciate a letter and do my best to answer

As Ever,
Bob Pierson
P.S. Pardon my many faults in grammar and spelling, but, thirteen weeks of basic training contracted and crammed into five, seems to have many effects on a man.