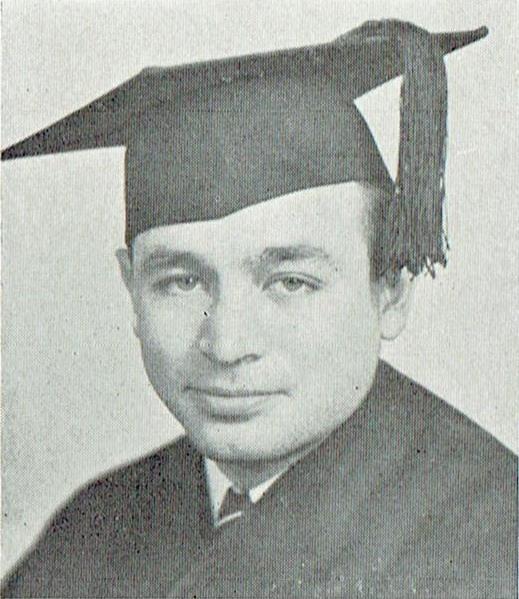 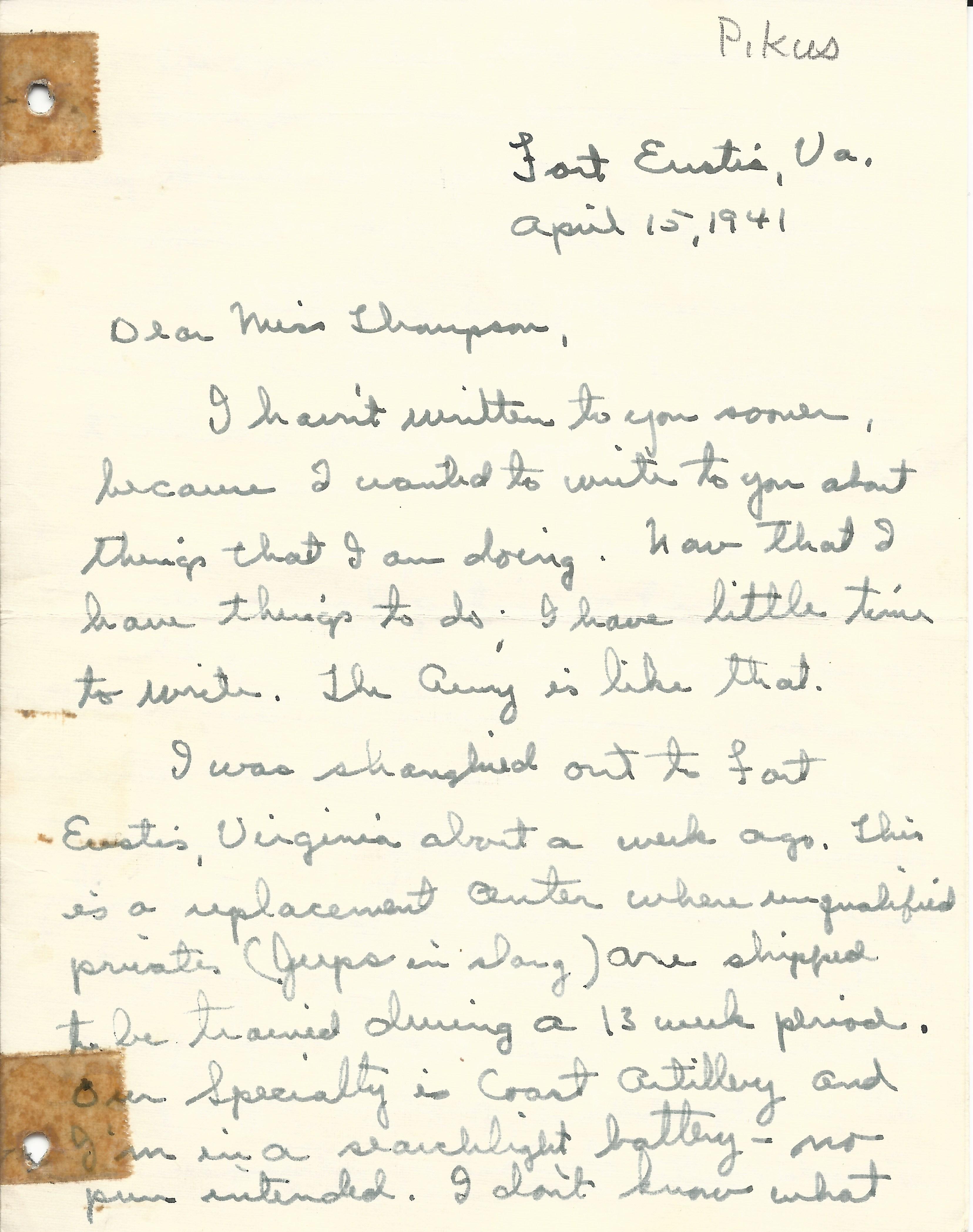 Dear Miss Thompson,
I havent written to you sooner, because I wanted to write to you about things that I am doing . Now that I have things to do; I have little time to write. The Army is like that.
I was shanghaied out to Fort Eustis, Virginia about a week ago. This is a replacement [illegible, 1 word] where unqualified privates (Jeeps in army slang) are shipped to be trained during a 13 week period. Our Speciality is Coast Artillery and Im in a searchlight battery  no pun intended. I dont know what my specific tasks will be as yet. So late Ive carried cables and to  day, I was promoted to carrying a heavier piece of equipment. Perhaps, by to  morrow Ill be rewarded and permitted to carry the heaviest piece of material, but then I forgot that I am a table waiter to  morrow.
Our unit consists of four pieces. A sound locator which picks up the sounds of incoming enemy planes, a control station where buttons induce automatic responses from equipment, a power plant which furnishes electricity , and finally a 60 inch drum type searchlight which has 8 , 000 , 000 candlepower. It is capable of picking up a plane 5 or 6 miles distant in atmosphere such as in this vicinity. In Hawaii, where the atmosphere is more free from impurities they have spotted planes 15 miles out. Our instruction has consisted of nomenclature and not principles so I guess Mr. Burr will have to furnish that.
Miss Thompson , were a million miles from noplace. Actually , were 10 miles from Williamsburg ; 11 miles from Newport News and about 56 miles from Virginia Beach. yorktown is also in the general neighborhood.
Although , its too early to make judgements , my opinion is that the majority of boys dont like it here. First their too far from home; second, they feel that war is impending; third, that they may be kept in longer than 1 year; and fourth, as this is a brand new center recreational facilities are as yet non  existant.
At Dix, I had a fight with my corporal. He came in drunk one night at 4:00 A.M. . Plopped into a wet bed arranged by one of his cronies and then insisted that one of my bunkmates, a meek Hungarian in this country but 4 years, surrender his cot. I told him to lay off, Oh yeah, said he, as he tore the covers off me, Get Out! We had a tussle and he went to sleep in his own cot. The next morning , I had to sweep and mop, as a result. justice triumphs however, as he was confined to quarters by the commanding officer there no instigation on my part. They must have heard the noise.
In closing, Im going to beg. We have a bulletin board on which Draftee Articles and cartoons would be swell. Is it possible? 

[Note: Written vertically in the right side margin adjacent to the sixth paragraph]
Will you convey my kindest regards to Miss Lipson?