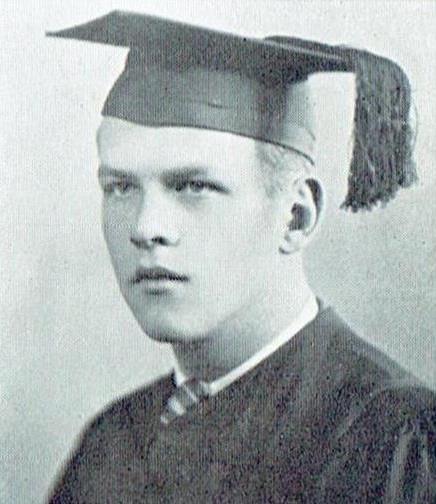 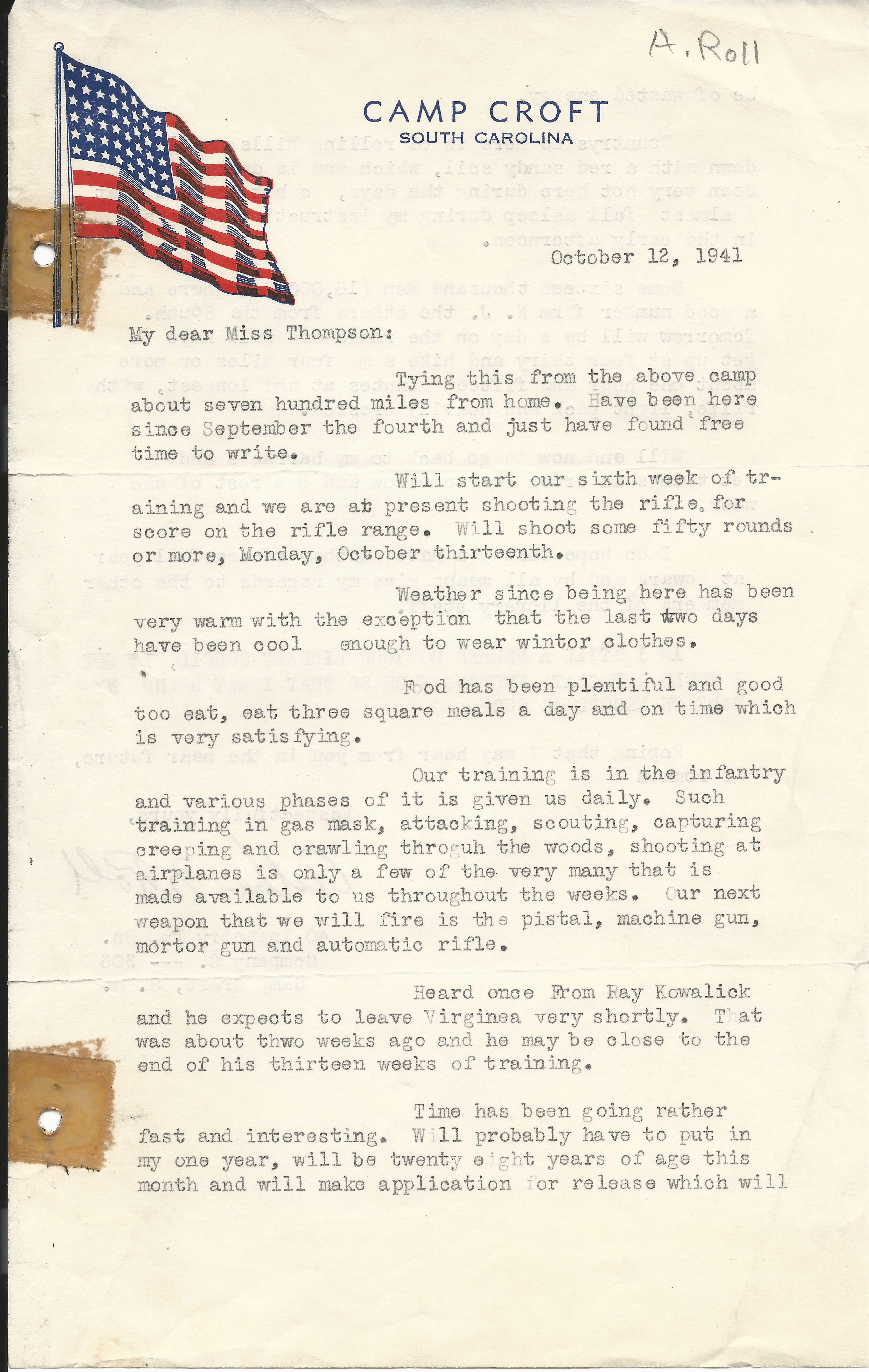 
Tying this from the above camp about seven hundred miles from home. Have been here since September the fourth and just have found free time to write.

Will start our sixth week of training and we are at present shooting the rifle, for score on the rifle range. Will shoot some fifty rounds or more, Monday, October thirteenth.


Weather since being here has been very warm with the exception that the last two days have been cool enough to wear winter clothes.


Food has been plentiful and good too eat, eat three square meals a day and on time which is very satisfying.


Our training is in the infantry and carious phases of it is given us daily. Such training in gas mask, attacking, scouting, capturing creeping and crawling throguh the woods, shooting at airplanes is only a few of the very many that is made to us throughout the weeks. Our next weapon that we will fire is the pistal, machine gun, mortor gun and automatic rifle.


Heard once From Ray Kowalick and he expects to leave Virginia very shortly. That was about thwo weeks ago and he may be close to the end of his thirteen weeks of training.


Time has been going rather fast and interesting. Will probably have to put in my one year, will be twenty eight years of age this month and will make application for release which will be of waste energy.


Countryside here is of rolling hills and loaded down with red sandy soil, which and is dusty at times. Been very hot here during the days, e hot in fact that I almost fall asleep during my instructive periods in the early afternoon.


Home sixteen thousand men (16,000) men here and a good number from N.J. the others from the South. Tomorrow will be a day on the range and will have to get up at four thirty and hike some four miles or more about one hour and fifteen minutes at the longest, with rilfe, light pack and heavily dressed.


Will end now to go back to my barracks and get things in order for tomorrow and the rest of the week.


I do hope that you have another successful year at Newark and by all means give my regards to the other members of the library staff.


AM I STILL A MEMBER OF YOUR LIBRARY, COUCIL, IF NOT I WOULD APPRECIATE KNOWING SUCH SO THAT I MAY BRING MY NAME ON RECORD AS SUCH.


Hoping that I may hear form you in the near future,
I remain